THE ASSOCIATION - ABOUT US

The village of Ménerbes in the Luberon is one of the "most beautiful villages in France" and offers every visitor its unique character and authenticity.
Many celebrities and famous artists have taken up residence here and visitors from all over the world flock to the village to soak up the spirit and atmosphere.
Inevitably, the village and its environs have evolved as it is built, rebuilt, renovated. Its preservation is the responsibility of each of us, not least each successive Mayor.

However, the evolution of construction techniques and the desire for economic profitability sometimes forces choices that are incompatible with this desire to preserve. he Association was created in 2013 to oppose a building project opposite the village washhouse. This was successful and the Association is now maintained to bring together under its membership various skills in urban planning, law and arts and crafts, with the aims of:

Learn about public or private projects.
Establishing an exchange with the municipal council.
Seeking legal remedies when necessary.
Raising awareness amongst property owners and ensuring their compliance with regulations.

In short, the dialogue, the exchange of ideas and the combination of individual skills makes it possible to work collectively to combine aesthetics, architecture, history and economics.

Thank you to all our members for their loyal and friendly support. 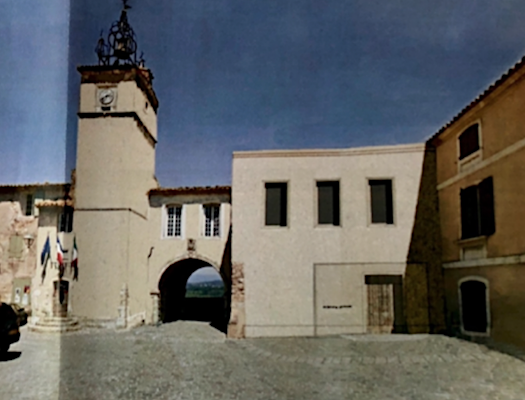 Against the contemporary project for the Old Town Hall 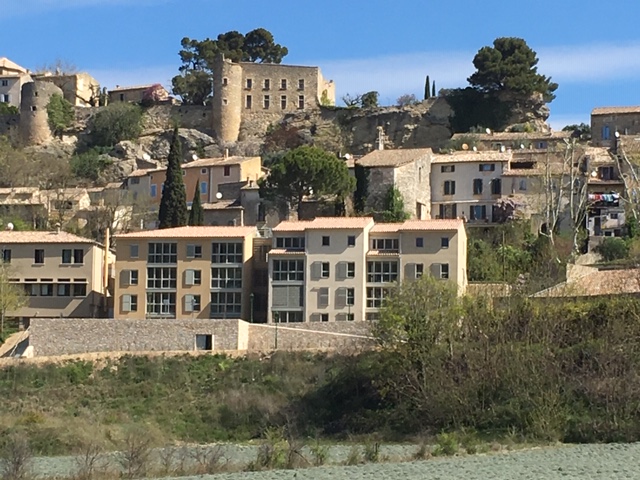 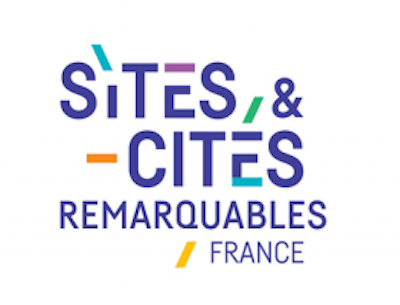 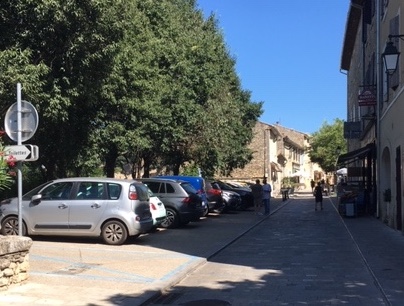 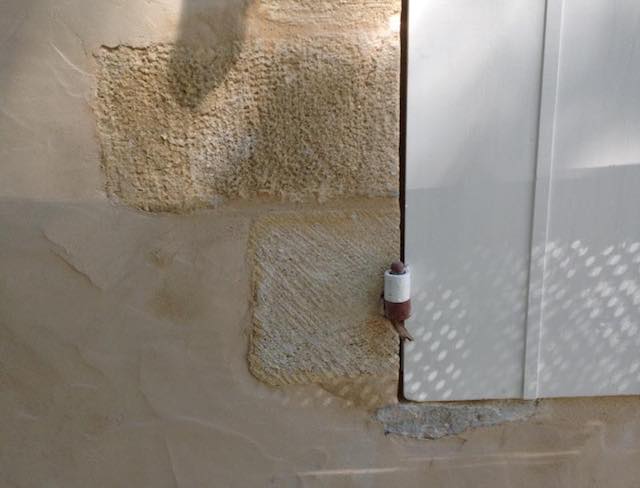 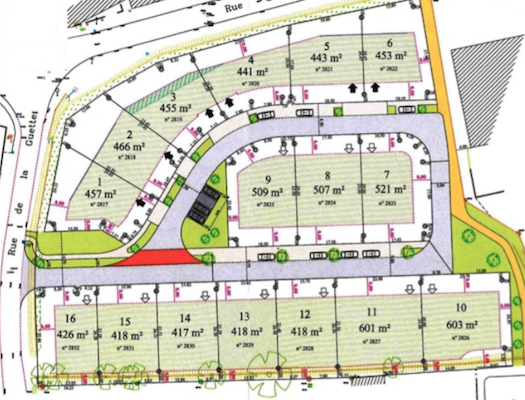 CAMPAIGN AGAINST THE "ALUR" LAW 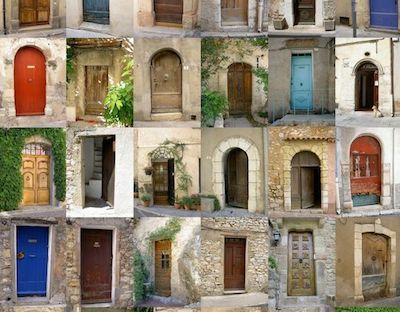 BUILDING PERMITS: CHECKS ON COMPLIANCE OF WORK CARRIED OUT.

Minutes of the General Assembly of 27 July 2022.
Brochure on the use of lime.
Membership form.

The Association is one of general interest and is registered at the Prefecture of Apt under reference W84 100 2109. Donations and subscriptions are 66% tax deductible.
Membership rates are as follows :


Any other amount is of course gratefully received. Donations and membership fees help us meet the expense of consulting lawyers on specific topics, legal fees in the case of need, and the minimal running costs of the Association.

To join the Association, please download the Membership form and return it duly completed and accompanied by a cheque made payable to : Association Protégeons Ménerbes.

You can write to us at the following address

or use the form below

Ménerbes
Standing proudly on a rocky outcrop facing the Petit Luberon to the south, the village dominates the Calavon plain with its vineyards and cherry trees that change colour with each change of season. To the north the view extends to the Monts de Vaucluse and Mont Ventoux, known as the “Giant of Provence”, with its bare white peak culminating at 1,911 meters. The particular shape of the upper village inspired Nostradamus (1503-1566) to say that “Ménerbes is a ship in a sea of ​​vines.” Indeed, long and narrow, the pointed bow rises before the Citadel and the old cemetery forms the rounded stern of the ship. lire l'article

Origins
The name Ménerbes comes from the Roman goddess Minerva. In Provencal, the village is called Menèrba. The first important evidence of human settlement on the territory of Ménerbes was unearthed in the Soubeyras shelter and goes back to the Upper Paleolithic. The dolmen known as the Pichoune (“little girl”) is one of only two megalithic monuments of its kind in the Vaucluse, with the Ubac dolmen located in the neighboring village of Goult. In the absence of absolute dating, the type of structure and associated relics seem to correspond to the Neolithic (Chalcolithic) Period.

Antiquity
Many vestiges have been discovered reflecting Gallo-Roman occupation, particularly in the areas of Alafoux (first century B.C./first century A.D.), Bas- Heyrauds (late first century B.C.), Grandes Terres (late second or third century A.D.), Quartier Guimberts (late second or third century A.D.), Quartier Saint-Alban (70-100 A.D.). Various remains discovered at the foot of the village could also indicate the presence of Roman villas. Late Antiquity is also marked by the history of Castor of Apt, known as Saint Castor. A native of Nimes, he founded a monastery in a place called Manancha whose location remains a mystery, but according to some it may be on the territory of Ménerbes. Around 410, on the death of the bishop of Apt, the clergy and the people of the city came to seek out Castor to entrust him with the episcopal see. He took refuge in a cave in the Luberon, perhaps the one near Ménerbes known as San Castro (Saint Castor). The people of Apt eventually found him and consecrated him bishop. Among the miracles attributed to him, he is said to have joined his monastery from Apt on a stormy night without his clothes getting wet.

Middle Ages
Two entrance gates, Saint-Sauveur and Notre-Dame, an imposing citadel built from the twelfth century onwards, ramparts and many underground tunnels reflect the activity of the town in the Middle Ages. In the mid-thirteenth century, Carmelite hermits from Mount Carmel in Palestine built Saint-Hilaire abbey between Ménerbes and Lacoste. In 1274, Ménerbes was incorporated in the Papal lands of the Comtat Venaissin.

XVI Century
Within the Comtat, Ménerbes distinguished itself by its fidelity to the Pope during the early wars of religion. To thank the village, Pius V, Pope of the Council of Trent, freed its inhabitants of lods and censes (taxes) in a pontifical letter dated 25 November 1571. After the Saint Bartholomew’s Day Massacre, Protestant leaders decided to make an example of Ménerbes. The village was invested on 4 October 1573 by about 150 armed men led by Scipio Valavoire and Protestants from Valmasque. This insult to a stronghold dependent on the Holy See could not remain unpunished. The mobilization was general. A siege was placed under the command of Henri d’Angoulême, known as the Bastard of Valois, Grand Prior of France and governor of Provence. At his side were Albert de Gondi, Marshal Retz, Dominique Grimaldi, the new rector of Vaison in Vaucluse and Saporoso, Pontifical captain, who commanded the cavalry companies and foot-soldiers from Corsica and Italy… a total of 15 000 men. Despite this balance of power in favour of the papal troops, the siege was long. Especially as the Protestants from Valmasque were able to warn their brothers from the Baronnies and the Cevennes who, despite the blockade, still managed to lend their help and support. And yet the eagle’s nest was surrounded by trenches, fortifications were then placed every hundred yards and gun batteries installed on the plateau of Gaujac. Under the leadership of Rector Dominique Grimaldi who wanted to impose the papal instructions, between September and October 1577 the Castellet of Ménerbes was bombarded. The bastion received 907 canon blasts firing 14 tons of ammunition, including red-hot cannonballs that sparked fires. The intense bombardment of the village which caused the destruction of a main tower, La Cornille, was followed by interminable negotiations. Deprived of drinking water, the Protestants finally agreed to surrender on 9 December 1578. The following day, at the request of the rector of Vaison, a hundred and ten women, girls and children, followed by a hundred and ten soldiers carrying their weapookns with colors flying and drums beating emerged from the ruins. Under the protection of the Calvinist Gaspard Pape of Saint-Auban, they retreated to the nearby village of Murs. The siege had lasted five years, two months and eight days; it had cost Pius V 95,000 crowns and the towns of the Comtat Venaissin more than 322,000 pounds.

Moderne period
Ménerbes was a canton capital after the Revolution (8 Pluviôse year IX (1790)/28 January 1801). In the mid-nineteenth century, the population of the village reached a peak of 1800 inhabitants, but fell to less than 800 in the middle of the following century. Today the village has 1150 inhabitants. The local economy revolves around agriculture, tourism (the village has the label granted by the association Les Plus Beaux Villages de France) and the exploitation of stone quarries. The white limestone called “pierre de Ménerbes” has long provided a substantial revenue to the commune. The village of Ménerbes is rich in monuments, among which figure: Le Castelet (a small castle built on the ruins of an ancient fortress), l’église Saint-Luc (a church richly decorated dating from the fourteenth-century, the bell tower on the village square, the chapel Saint-Blaise dating from the eighteenth-century, the Carmajane and the Hôtel Tingry (eighteenth century mansions) and the Citadel (the castle from the thirteenth century, rebuilt in the sixteenth-century and the nineteenth-century). Ménerbes is well-known for the writers and artists who lived there: Clovis Hugues (poet and politician), Pablo Picasso (the artist who offered a house to the photographer Dora Maar in 1944), Nicolas de Stael (French painter of Russian origin who chose to settle in le Castelet in October 1953), Joe Downing (American painter), François Nourissier (writer) and Peter Mayle (English writer). 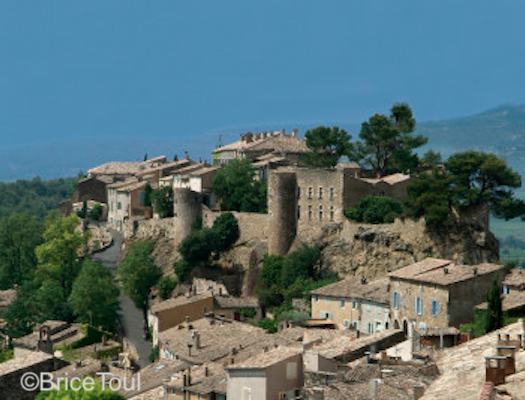 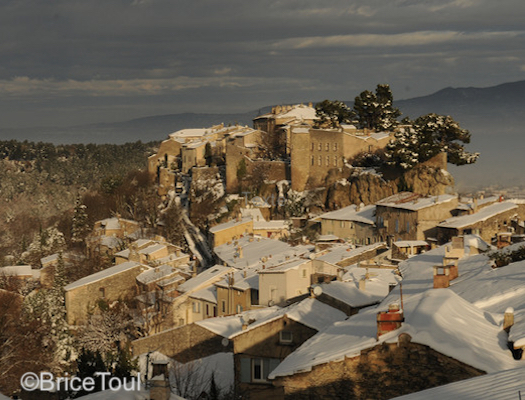 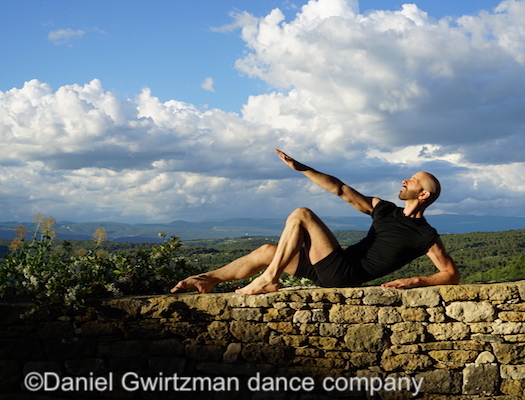 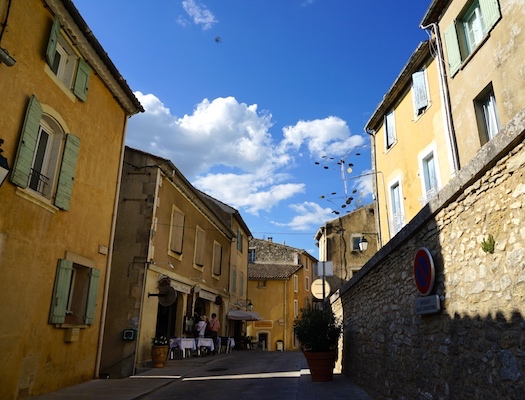 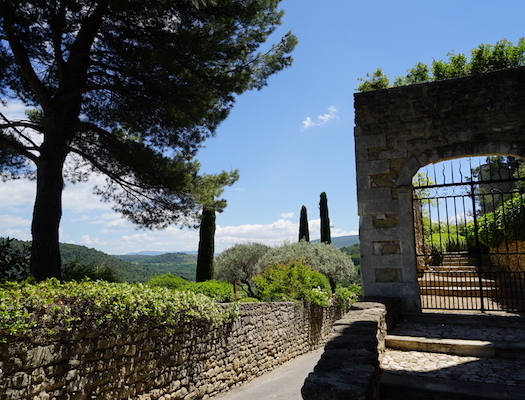 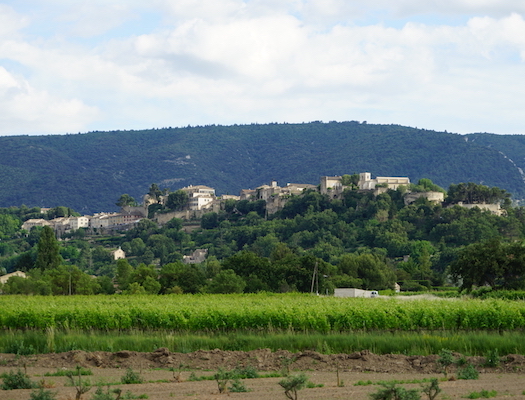 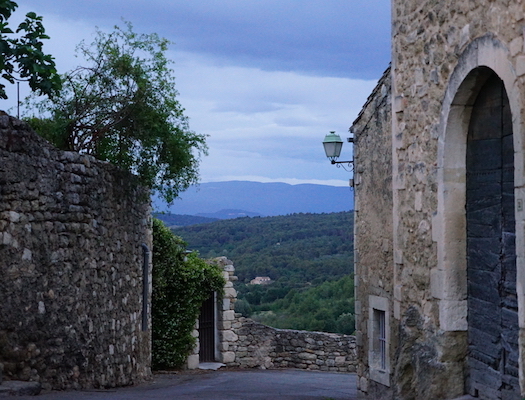 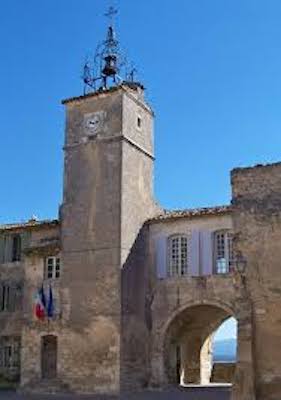 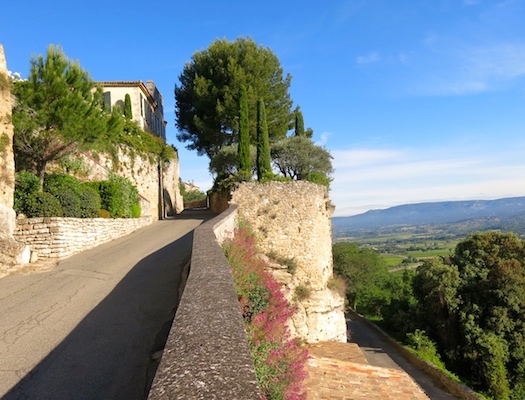 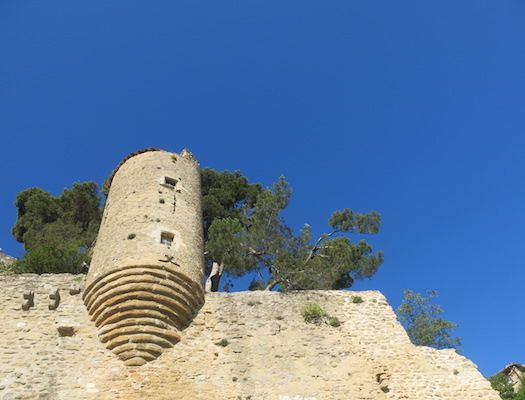